Video and photos by Lin Jianping

Shenzhen's Yantian Port, the world’s fourth busiest container port, thus far this year has maintained its normal operations as busy and orderly as before the COVID flare-ups in March, a Yantian Port Group executive told Shenzhen Daily in an exclusive interview recently.

Concerns were raised by some Western media outlets over potential disruptions in global supply chains as a round of Omicron variant outbreaks recently hit Shenzhen, a major shipping hub. 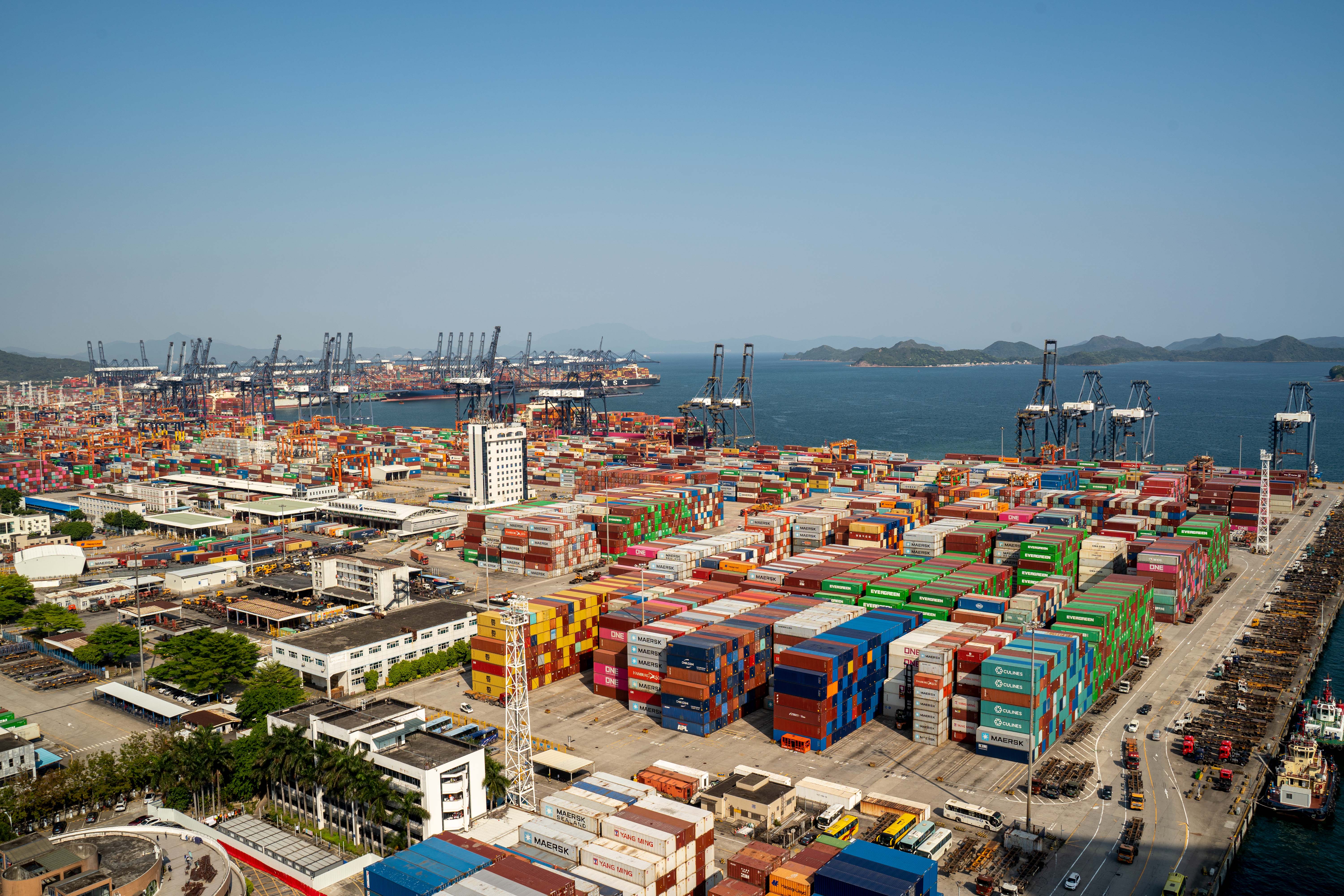 A view of the busy Yantian Port in this photo taken recently.

Yantian Port Group’s Yantian Port and Dachanwan Port handled 3.59 million TEUs in the first quarter of the year, said Han Jinbai, director of the Department of Business Management of the company.

The city’s ports handled 6.3% of the total 450 million TEUs in the world’s top 30 container ports in 2021, according to Alphaliner annual report. Among the ports, Yantian Port processes the shipment of one-third of Guangdong’s imports and exports, and one-fourth of China’s trade with the U.S.

Yantian Port maintained its high containers throughout even though Shenzhen tightened its COVID prevention and control measures, thanks to the company’s rapid response to the pandemic situation.

The company had developed contingency plans during the Spring Festival in February, far earlier than the weeklong lockdown in March.

“On March 2, we arranged for nearly 900 frontline port workers to reside in centralized accommodations at the port and adopted closed-loop management to ensure the port’s operation remains independent, stable, and unaffected by the pandemic,” he said.

Since the middle of March, all of Yantian Port’s 20 container berths have been occupied with loading and unloading vessels, among which 13-15 are liners. “All port workers have been going all out to ensure the security of the supply chains in the safest and most effective way,” he said.

Meanwhile, the port is also expediting the construction of more berths in its eastern operation area. The area will have three automated container berths for 200,000-ton vessels, according to Han.

The government relief policies, which were issued amid the latest pandemic flare-ups, benefited the company in terms of cutting and restraining costs of tax, rent, and social security contributions.

Answering the call of the government, this city-owned enterprise also offered rental reduction and exemption for more than 400 small and micro service enterprises and manufacturers, as well as individually owned businesses, that rent its properties, with a relief of over 57 million yuan (US$8.9 million).